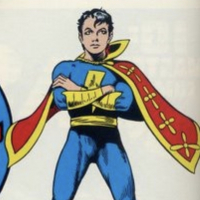 I generally liked the movie overall.

I thought the hero side of the cast was good.

I am not sure how long this movie was but I never felt like it was dragging at any point.

Was it the best MCU film? No. Was it fun and enjoyable? Yes.

I am not sure if this makes sense but while I did enjoy it, it did seem like a Marvel formula movie. Big CGI explosions, an occasional quip, underwhelming villains, fast cut fight scenes.

The taskmaster was wasted in this film.

I have seen a lot of comments of people saying that this should have came out 5 years ago and maybe that is true. I am still fine with it coming out now but if you are someone new to the MCU, have not seen all the films, or just do not pay that much attention to this stuff, the timeline is confusing. The person I saw it with is as casual a fan as you can get and she was lost.