A bit about King Ghidorah in IDW's Godzilla: Rulers of Earth

Let us take a break from superheroes/heroines and review a monster instead.

Here is King Ghdorah. Debuted in 1964 as an antagonist of Toho's Ghidrah: The Three Headed Monster. Depicted as an alien planet-killing three headed wyvern, he destroyed the civilization of Mars, or Venus, depending on the translation, millennia ago and is now targeting Earth.

As a supposed planet killer, his potential is , by my own opinion, never truly explored deeply. More modern literations are increasingly better at portraying him as such as a character, especially this year's version from Godzilla: King of The Monsters, but still I can't see him as a true terror yet.

But in this comic, just in one page, I somehow see him as what he should be: A dreaded planet killer. Here he's destroying the home planet of the series' alien antagonist, the Cryogs, which led to a desperate attempt to conquer Earth by a small fleet of what's left of the once great race.

Here's the fall of the Cryogs homeworld 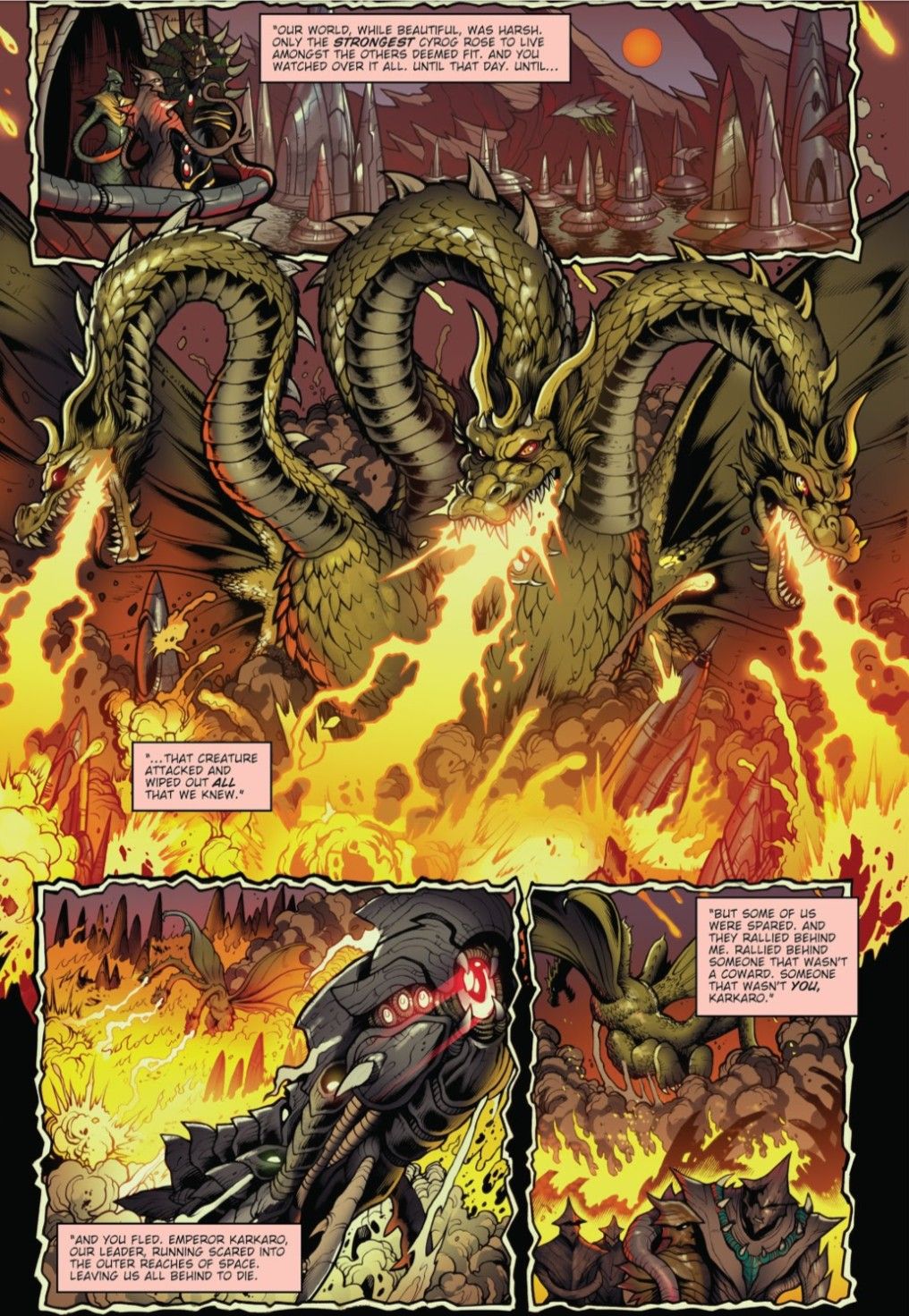 Cryogs are said to be an advanced spacefaring race prior to their eventual fall by the might of Ghidorah. They are no doubt powerful. They seem to prefer using monsters, cyborgs, or robots to do their bidding, and probably had sent several of their weaponized monsters to fight Ghidorah back in their planet's destruction, which was probably, if not definitely, a failed attempt.

Below are the pics of the Cryogs

The main Cryog antagonist from chapter 1-20, Rhizon and his subordinates, before being replaced by the more dreadful Emperor of the Cryogs in later chapters. 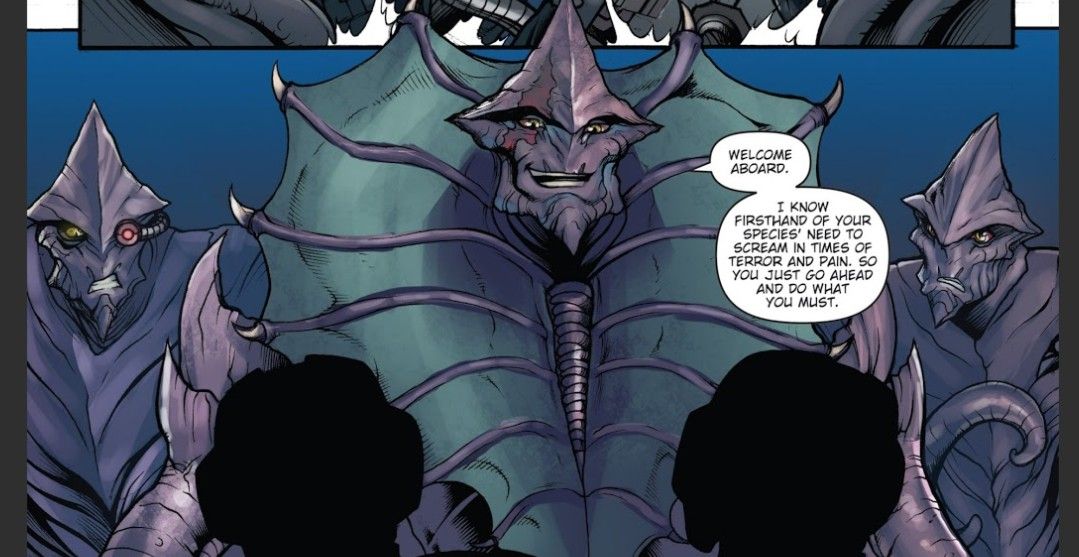 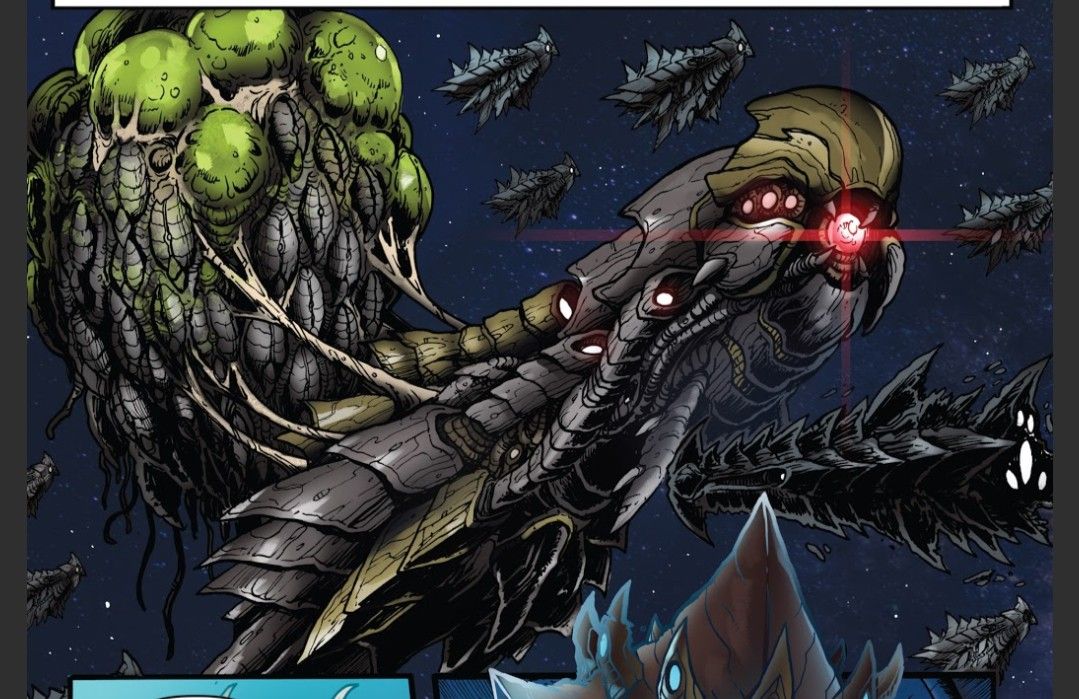 So we may conclude that, by many aspects, Cryogs are much more developed than the human in this comic's universe, yet King Ghidorah (there are actually 2 in-universe Ghidorahs. A weaker one and this.) Seemingly annihilated their homeworld, probably along with their conquered worlds, with ease. It can be said that this particular Ghidorah is an OP kind of monster anyone shouldn't mess with, even by Godzilla himself, and this comic had succeeded in portraying him as what he's supposed to be.