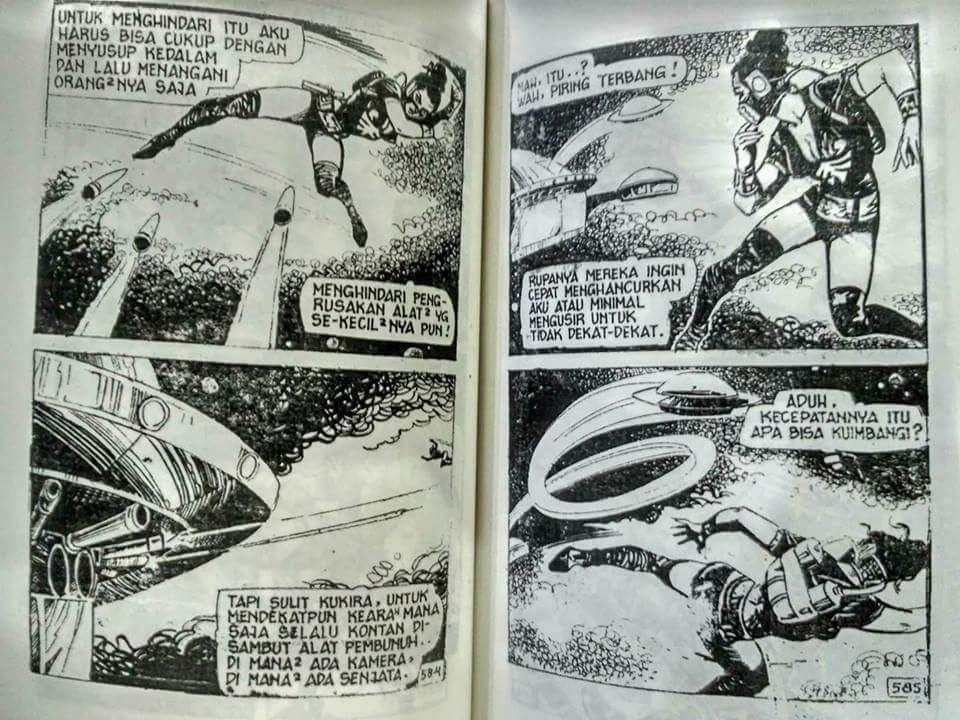 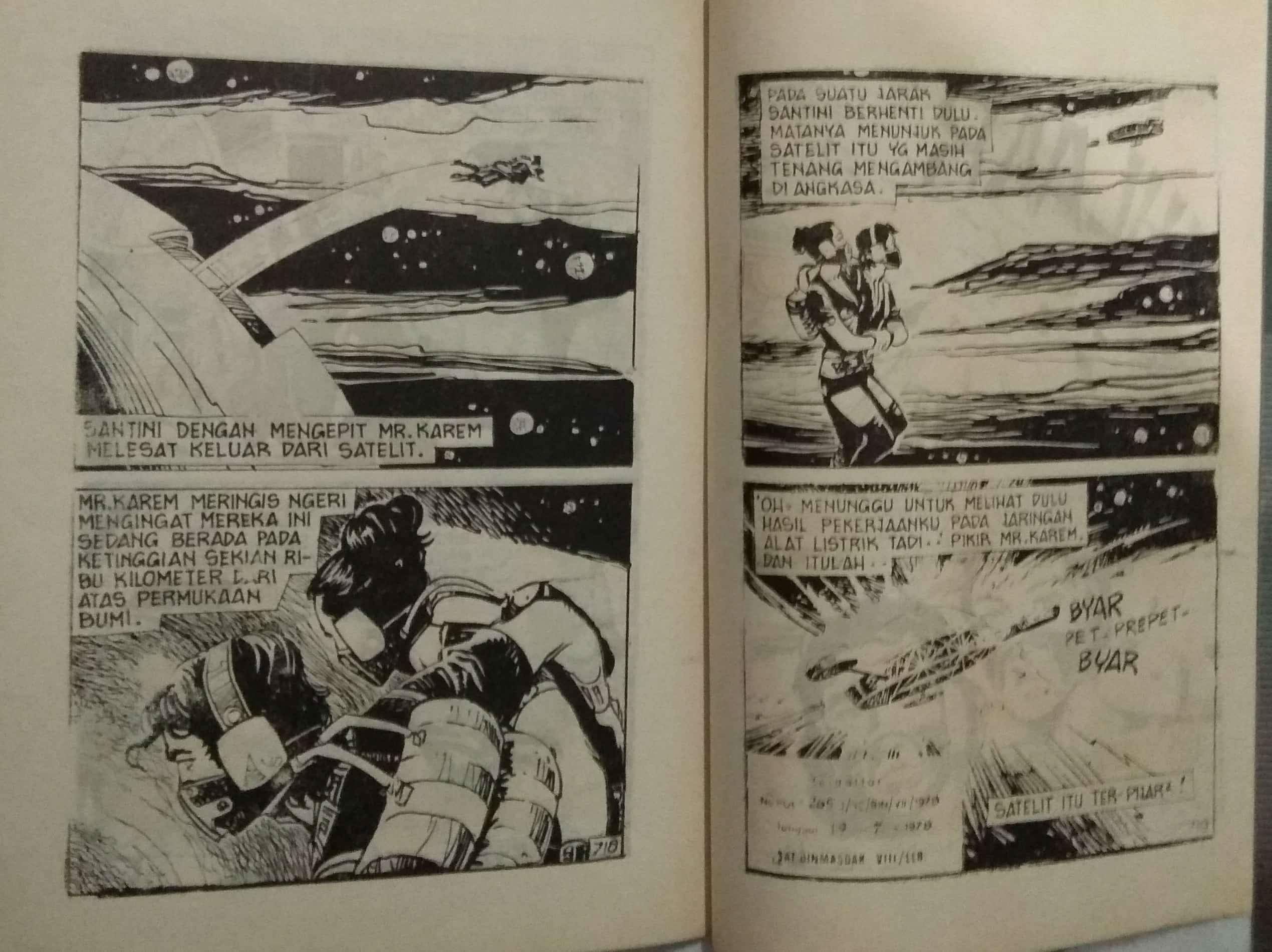 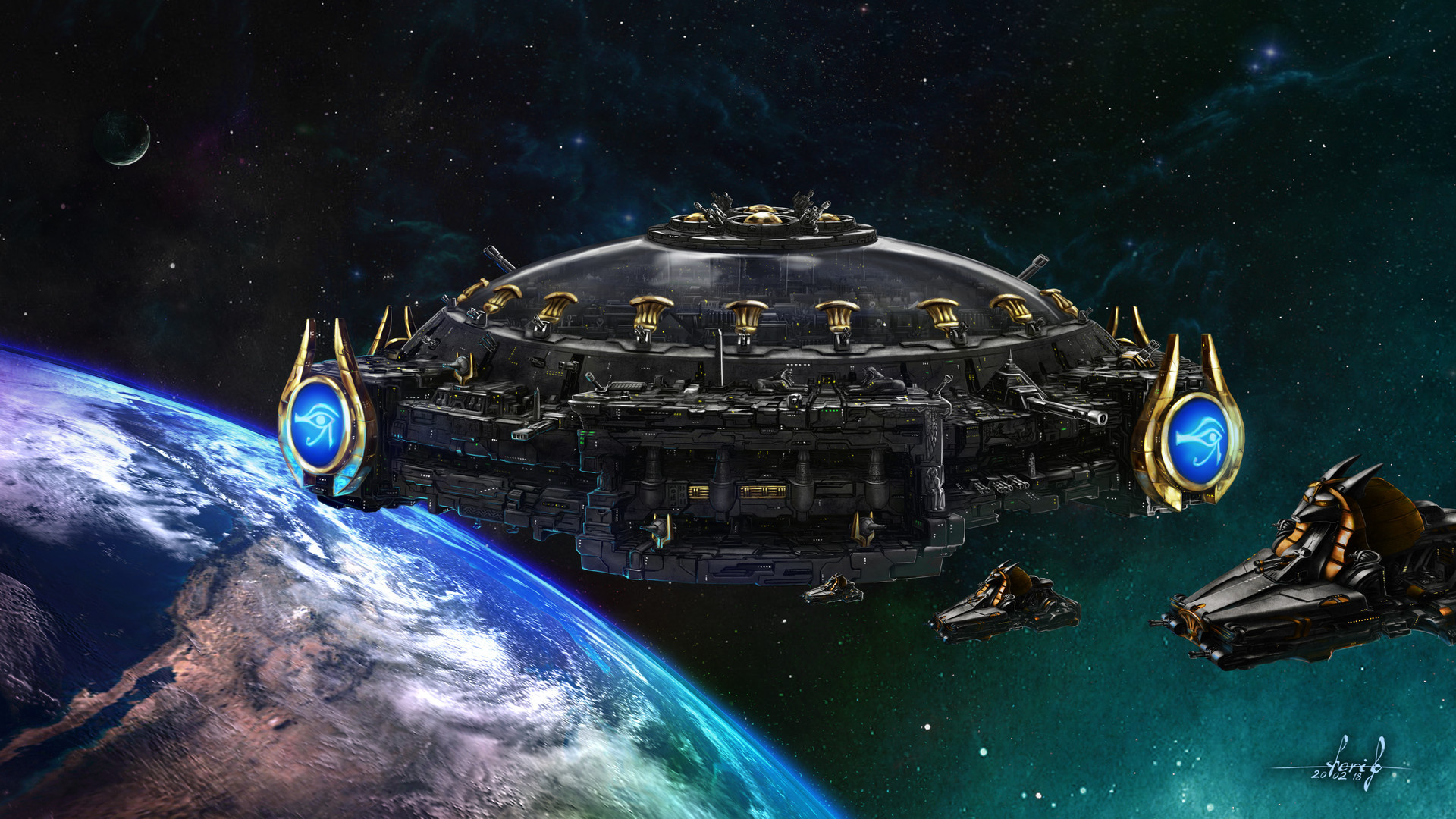 Satelit Omega as a huge manned space station. In the modern/more plausible setting, should I make the satelite an unmanned satelite instead of a space station with ready-to-be-destroyed-alongside-the-ship crew?

There are several technology displayed here that are staple for the era's sci-fi stories: laser beam and mind control device.

Here we see our superheroine being secured inside a glass tube with a hairdryer-like device being set on her head, which is actually a brainwashing device

I don't think putting someone unconscious in a standing position with her arms crossed plausible without a harness, so I decided to make it a CT scan like device where she's being put there in supine position. What do you think? 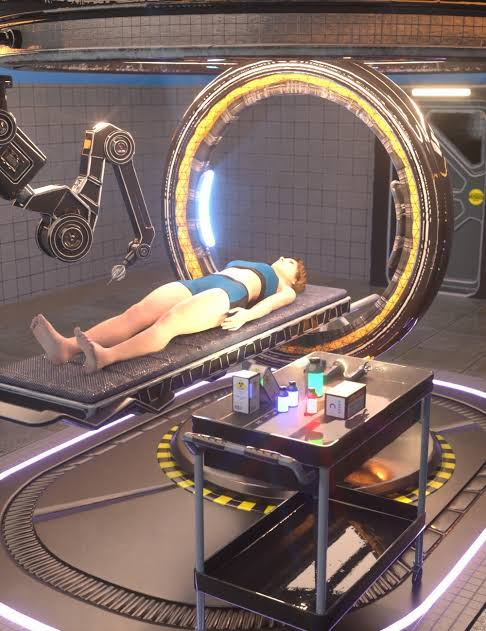