Thor: Love and Thunder (no spoilers) 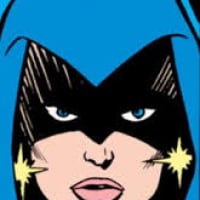 I'm not a fan of most of Waititi's attempts at humor (& there's a ton) so the first hour of this fell very flat for me. Plays very much like a parody or series of SNL skits. He even tries to inject humor into some pretty serious topics which just makes it feel like nothing's at stake. If the humor works for you though, you'll enjoy it.

I did wind up liking it though because the non-comedic moments worked for me and they increased as the story went along. The movie also includes alot more of Jason Aaron's run than I ever would have imagined and so that lent everything a great deal of unpredictability which saved it for me. The performances were great. I was a big fan of Aaron's Thor run including with Jane as Thor so I was glad to see some key moments here.

Another thing I found surprising was the wall-to-wall Guns N Roses and even outright Axl love. I'm a big fan of GNR's old stuff, but I continue to be stunned by the arbitrary nature of what people choose to deem problematic and offensive. I'll be very curious to see if any of the comic geekspeak gang - particularly Ian, who often lets us know when he finds something problematic - finds Waititi's GNR/Axl worshipping deeply problematic given Axl's history and songs like "One in a Million". Apparently NO one on set or in the studio or marketing ever heard that song or of Axl's deeply misogynist history? Accusations of abuse from at least two different women? I don't allow an artist's ugly words or past behaviors affect my enjoyment of their work, but it's unusual that so many people (especially in Hollywood) who figure out a way to find an old tweet from a teen or a badly phrased sentence a reason to get someone fired or lose out on something are going to be more than okay with all of the Axl love in this.